Basic guidelines to remember in your research 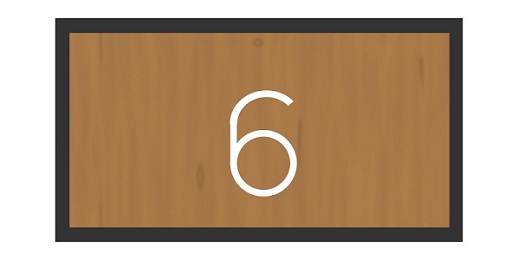 For some years now I have been trying to distill the essence of genealogy down into basic rules. Most of the pain and suffering in the genealogical world comes about as a result of ignoring these often disregarded rules. When the entire genealogical world seems to be against you finding your ancestors, just remember these rules and you will soon be on your way to finding that elusive ancestor.

Rule One: When the baby was born, the mother was there.

This rule seems very obvious, but I cannot tell you how many times it has been entirely disregarded. You will immediately recognize the first corollary: the father does not have to be present when the baby is born. Too many times our genealogical searches are patrilineally determined. We search for the father and forget that the mother may be the key to where the records are located. Granted, following matrilineal lines may be more difficult, but you ignore them at your peril. It is much easier to follow the patrilineal lines, but in many cases, little or no effort has been made to identify the women.

Rule Two: Absence of an obituary or death record does not mean the person is still alive.

Like rule one, this rule does not pertain only to death records; it is also a general rule. What it means is that the absence of a record does not negate the existence of an event. Missing records mean nothing more than that the record has yet to be found. There is no implication from a missing record about the existence or non-existence of an event. Many genealogist obsess on missing records. I talk to people all the time who have spent years looking for a birth, marriage or death record when all three events were obvious from the records available. This rule also gets into the issue of separating out people with the same names and similar record dates and places.

This rule also addresses the idea of presumptive rules. For example, there is a common rule about assuming death after 110 years or whatever. I could have stated the rule that the absence of an obituary or death record does not mean the person is not still alive but that has some other implications. Usually in genealogical research it is possible to estimate a range of dates that encompass the event even in the absence of a specific record. For example, in the absence of a marriage record, you can estimate the date of marriage from the date of the birth of the first child. Over the years, genealogists have accumulated a number of these estimated date rules. My rule two is a summary of all those rules and reminds us not to get obsessive about dates.

Rule Three: Every person who ever lived has a unique birth order and a unique set of biological parents.

This is not a rule so much as it is a statement of fact. But it is a rule in the sense that we need to constantly remind ourselves that individuals are unique. The parents of an ancestor may be unknown, but they did exist. The historical record may be incomplete, but the physical fact of your own existence proves that you had biological parents stretching back into pre-history.

Again, like rule three, this is not so much a policy as a statement of fact. It is also a guide to those who think they have searched everywhere. This rule is also closely related to rules one and six. This rule is also a statement of hope and faith. Our genealogical journey is basically a discovery of how many types of records have existed over the years and surprisingly, how many of those records have survived to the present. Remember, genealogy is about people and records, not just people.

This record applies to those genealogists who give me the excuse that "the courthouse burned down" for not finding their ancestors. That excuse is an excuse. It says nothing at all about the myriad of records that were not kept in courthouses. A burned courthouse is not so much of an obstacle as it is an invitation to learn how to do genealogical research.

Rule Five: You cannot get blood out of a turnip.

Granted, this rule is an old saying usually applied to collecting debts. But I find it is very much applicable to genealogy. I would apply this rule to all those genealogists who think that they are related to royalty or famous people simply by listing them in their pedigree. Really, I talk to to people all the time who are so proud of their royal heritage when they have done nothing at all to document or prove an actual connection. On the other hand, I talk to people all the time that are convinced they had an ancestor that was a Pilgrim, a Revolutionary War veteran, an Indian Princess or some other honored connection, without the slightest documentary evidence to support that belief. I think we need to remember the source for a blood connection.

I also realize that this is a statement of fact. This rule opens up the vast subject of where records can travel for an almost infinite number of reasons. One of the most common reasons for records traveling is the fact that people travel and move. A birth record generated in one location may be in the possession of a person who travels around the world. Records can move to state archives, university special collections, historical societies, and many, many other locations. Just because you cannot find a record where you think it should be, does not mean a record does not exist.

These are the types of concepts that I address almost every time I talk to someone about their difficulties in finding an ancestor. Inevitably, they are ignoring one or more of these rules.


Related Topics on This Site