Using Newspapers in Your Research

Why newspapers can be helpful in genealogy research


Underused is an overused term in genealogical circles. But it is appropriate to say that newspapers are underused. Let me give an example of the type of detailed information available in local newspapers. I am using the Utah Digital Newspaper Project with links to most of the newspapers in Utah with coverage starting about 1850. Here is the example: 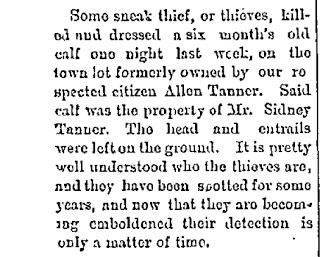 No event was too trivial for the newspapers. Fortunately, the newspapers covered births, deaths and other events along with the trivia. Here is Sidney Tanner's obituary: 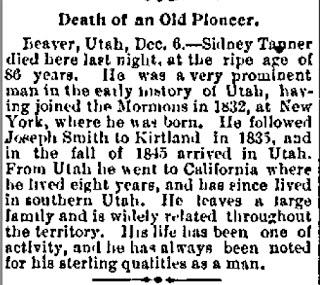 This was in the Ogden Standard Examiner 1895-12-07 "Death of an Old Pioneer". Note that this obituary appears in a newspaper printed many hundreds of miles away from Sidney Tanner's residence in Beaver, Utah. As a matter of fact, there were several obituaries about Sidney Tanner, some of them much longer and much more detailed in newspapers around Utah.

If you look in the Library of Congress' US Newspaper Directory, you can see that there are 593 newspapers that have been published in Utah since the arrival of the pioneers in 1847. Of those, 16 newspapers were published in Beaver County, Utah, where the Tanners lived.

When I bring up this subject, the researchers usually say something such as, "Do you really expect me to search through all the newspapers?" Yes, as a matter of fact I do unless they are already digitized and searchable online. Newspapers are the go-to source for stories and events in the lives of your ancestors.

In my experience, genealogists tend to think of newspapers in a very limited way, mainly as a place to look for obituaries. Very few researchers have made extensive use of the newspapers' content in their research. But the newspapers' content stretches way beyond obituaries. Newspapers were the daily diary of the world. Especially in small towns, newspapers were the Facebook of their day and told the story of the families living in the circulation area. Today, most who see some of the old newspapers for the first time, are amazed at the rich detail in their pages.