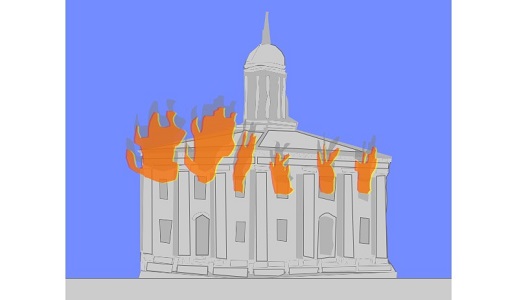 One of the benefits of working directly with researchers is the opportunity to hear a lot of stories about families and the difficulties in finding records. This last week, I was helping a lady who was looking for her immigrant great-grandfather. She had already found his family in the 1920 U.S. census but didn't know where to go to find his parents. I suggested that she look at the census pages both before and after the sheet she had found. She immediately found a family with the same surname that was very likely her great-great-grandfather's. The point of this story is that researchers often look in the obvious location but don't know what to do if the information they are seeking is not immediately available. This researcher's problem was that she did not know how the census worked. She didn't realize that the enumerators would go up and down the streets and that it is common to find families living in close proximity. The key here is knowing about the records.

Regularly I run into another problem that has the same set of issues, that is the legendary "courthouse fire" issue. My most common initial response when someone complains that they cannot find their ancestor because the courthouse burned down, is to point out that if, for example, the county courthouse in Maricopa County burned down, I would not lose any records at all. This is the case for the simple reason that Maricopa County does not store its records in the courthouse. In any event, the only records stored in the courthouse, even when there were records, were those dealing with court cases. However sometimes I realize that in smaller counties many types of records may have been stored in the courthouse, such as tax and real estate records.

But my comment, though impertinent, is valid. Simply finding out that a courthouse burned on such and such a date tells us nothing about what records were lost or whether the lost records were ever reconstructed. Let's take land records for an example. Suppose all or part of a county's land records were destroyed. There are a few things that are obvious, first, the loss of the records in no way affects the ownership of the property. The land owners still own their property and if they go to sell their property, then the records will have to be reconstructed, usually from deeds in the possession of the landowner or from substitute deeds. What about court case records? True, a fire may destroy the case records and there may be no need to reconstruct any of the records. What about vital records, birth, death and marriage records? The question is whether or not any of these records were even maintained during the time period the courthouse burned? Online, you might try the FamilySearch Research Wiki for the state and county records information. Don't wring your hands over records that are lost that may never have been in the courthouse in the first place.